One of the core 2nd year modules on my degree is Public Archaeology, and as an assignment we had to visit an archaeological site and critique the various issues as they relate to the course. Public Archaeology is a bit of a mishmash of issues; politics, the media, illicit antiquities, tourism and education are some of the main areas we’ve looked at so far. For this assignment I picked the Rollright Stones in Oxfordshire, more or less on my doorstep – and because I like this site so much I’m going to share some of the main points with you. 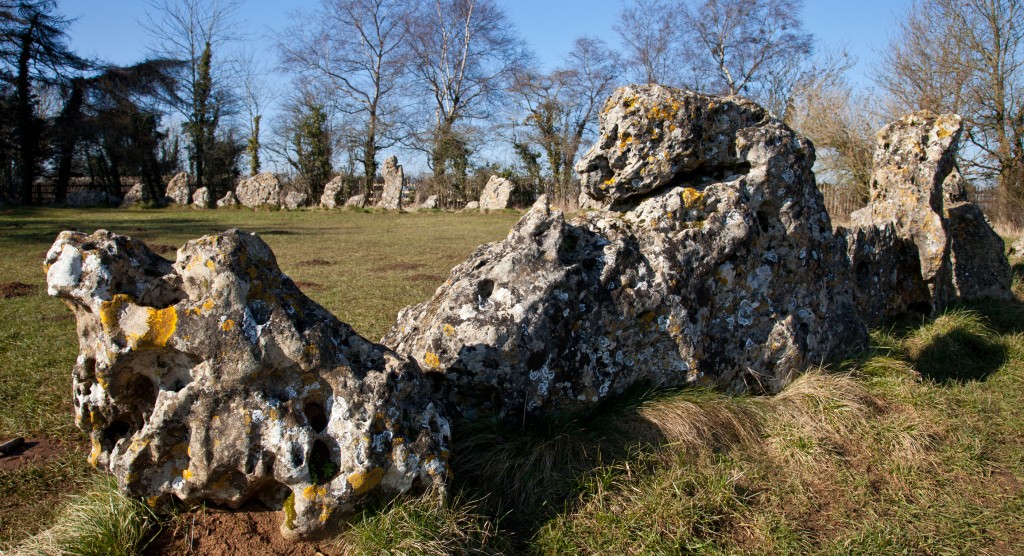 The Kings Men – turned to stone by a witch!

The main part of the complex is the King’s Men, a circle of standing stones between knee – head height (I’m 5’9″!), with the majority on the smaller side. The stones are freely accessible and touchable, with the usual sanctions of not sitting or standing on them; some of the lichen growing on them has been dated to 1195 A.D – yes, this lichen pre-dates the discovery of the US by Columbus!

These stones are said to be the remains of an army, turned to stone by the Rollright Witch:

A certain King… had set forth at the head of his forces to conquer all England, but as he went up the hill on which Rowldrich stands there appeared to him the Witch to whom the ground belonged… she stopped him with the words:

“Seven long strides shalt though take, and if Long Compton thou canst see, King of England thou shalt be.”

The King, who now thought his success assured, cried out exultingly:

“Stick, stock, stone, as King of England I shall be known!”

So he took seven strides forward, but lo! and behold, instead of his looking down upon Long Compton there rose before him the long mound of earth with still stands before the King-stone, and the Witch said: 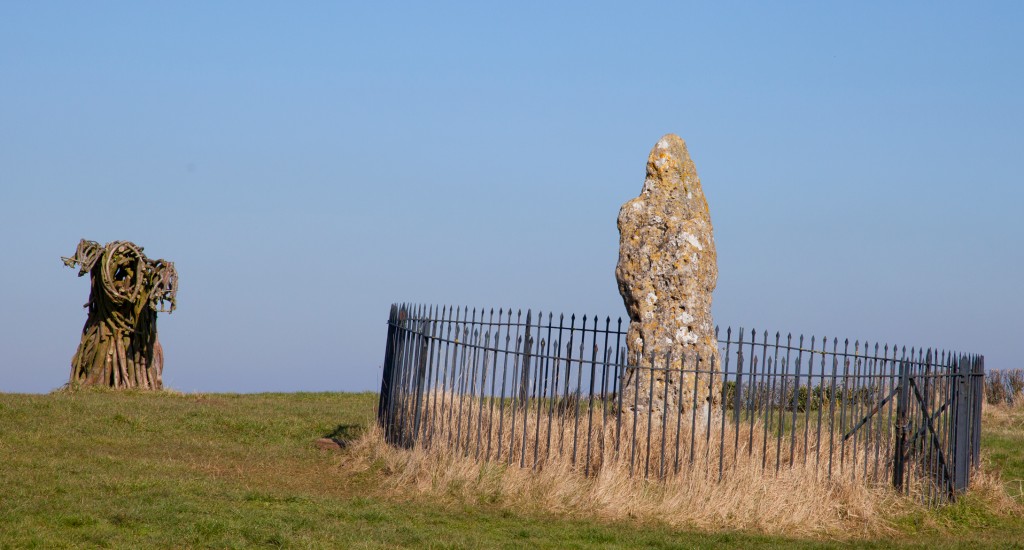 This folklore is typical of many British sites, and show the continuing use and interaction of monuments by the residents of the landscape. The wooden sculpture of the Witch facing off with the King, above, shows that even today people are moved to interpret and interact with monuments. The Witch was installed by a local artist, David Gosling, and although sadly now  removed, made a striking addition to the site. 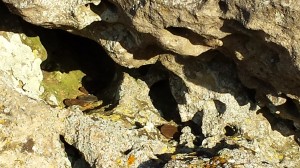 You can see further evidence of people connecting with the stones as you walk around the field boundary next to the King’s Men, and down the hill towards the Whispering Knights. Also turned to stone by the Witch, legend has it that these knights were plotting against their king and so were petrified for perfidy. Every time I have visited the site, there have been coins tossed across the railings to land in the various hollows on the stones.

Datewise, the complex is early Neolithic to the early Bronze Age, with the Whispering Knights (a portal dolmen) dating to 4000-3500BC, and the King’s Men to 3500-1500BC. This is intriguing as if the dates are correct, this site saw several changes in society, from the transition of subsistence from the ‘agricultural revolution’ of the early Neolithic, through the abandonment of widescale sedentary agriculture that we see during the middle Neolithic, to the reuptake of cereal cultivation in the Bronze Age. These stones have witnessed a lot in their time! 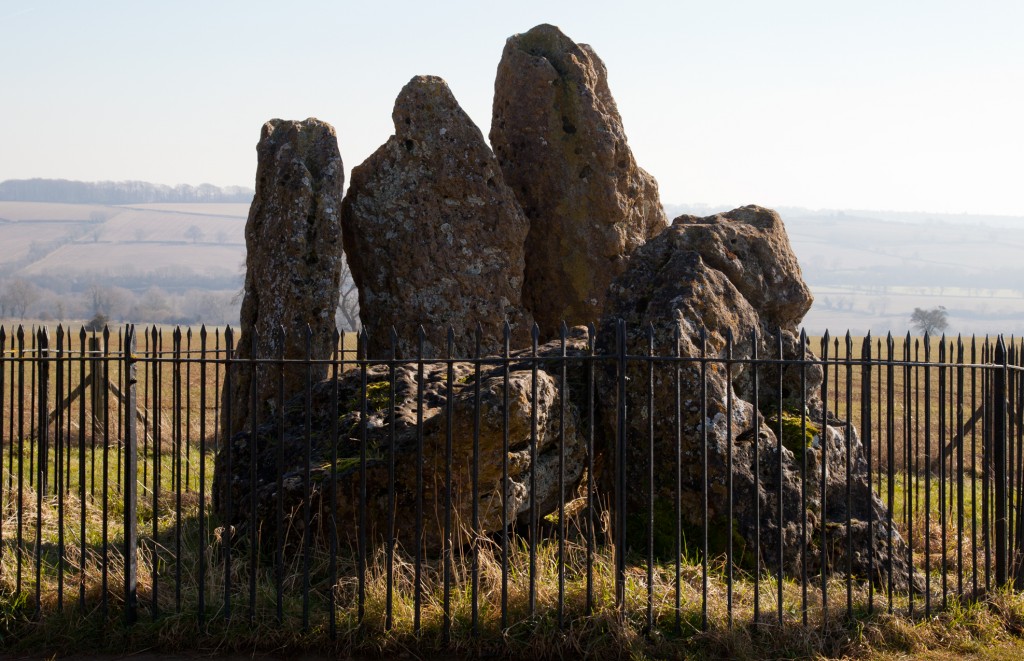 The Whispering Knights – turned to stone while plotting against their king.

While some of the reviewers on TripAdvisor seem to have missed the point entirely (I get the impression that not having a full repertoire of shops, cafes and entertainments renders most cultural sites not worth bothering with for some people) I’d recommend stopping off and having a look if you’re in the area; the Rollright Trust website has directions for how to find it, as it’s not particularly well signposted. Let me know what you think of the site!

Tools of the Trade 1: Gina
Girl’s on film

This site uses Akismet to reduce spam. Learn how your comment data is processed.

I'm a second year student at the Institute of Archaeology, UCL. When I'm not digging, I enjoy roaming Britain on my motorbike, photography and experimental archaeology.